This visual work exposes the need for a mourning and the impossibility of it, with the sequel of an inner struggle between remembering and resigning, seeking and failing to search, burying and unearthing, waiting and not waiting in the implacable step of the time that is eroding the images of a human being who was arrested and subsequently disappeared.

I was 3 hours under the sun, sitting with photocopies of my uncle Enrique's photograph, some of them washed out... In front of me there was a huge rectangle of earth. Then I buried his photograph next to my body. Later I unearthed his image and I took it close to my bare chest.

I was able to confront me publicly with my own uneasiness and pain, in the face of this crime not yet solved ... the spectators were joining me in those feelings. 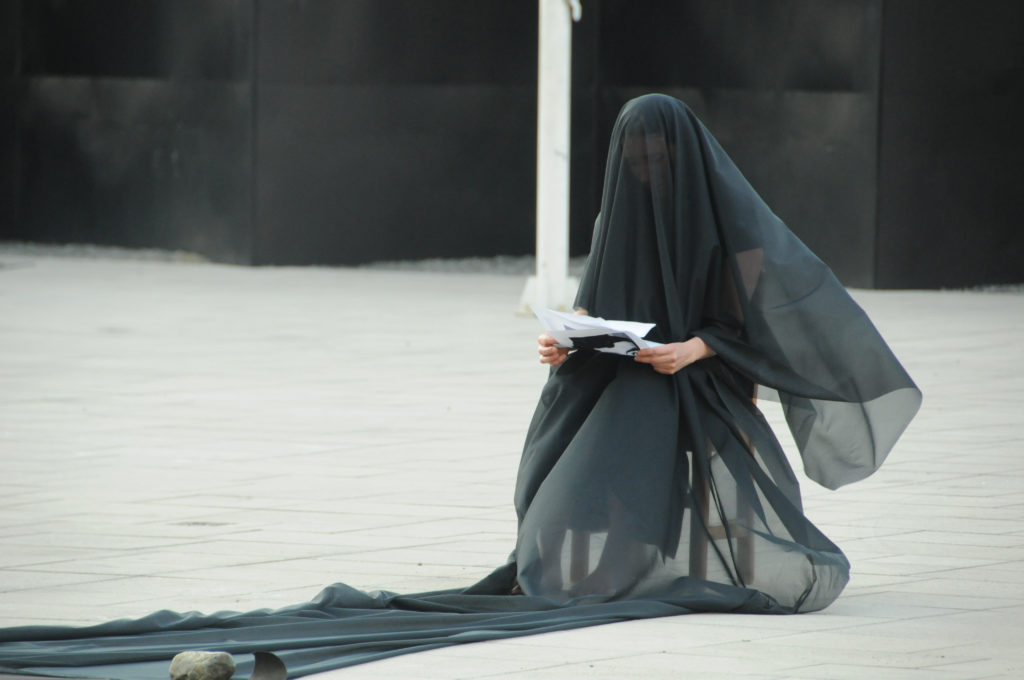 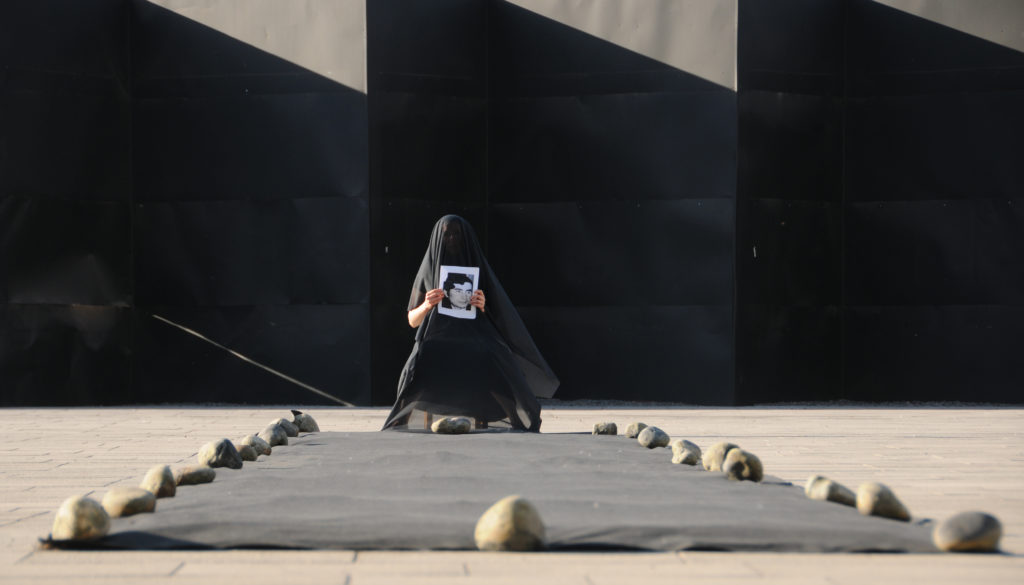 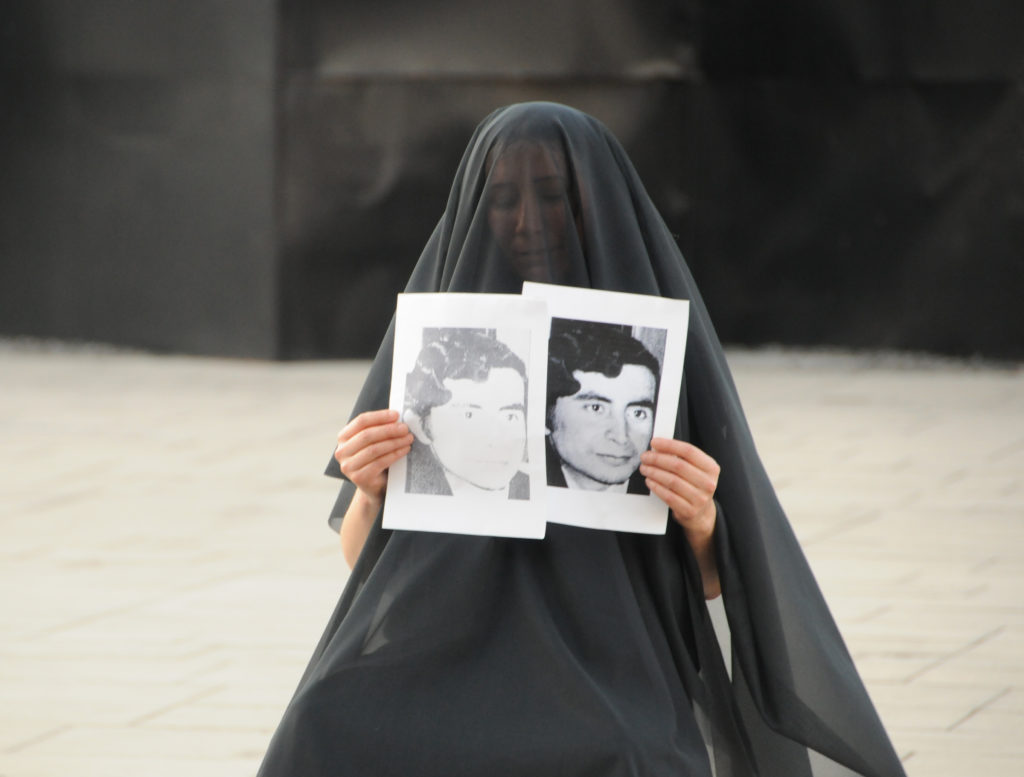