I was drawing a line for 24 hours, just a horizontal line, minute by minute. Seconds of silence...
Only one line, which seeks to reveal the steep horizon of the refugees.
Moments of introspection. A line that in its radical reduction is confronted with the extreme destiny of millions of people who emigrate in the world.
The time, the wait hurt.
My hands, pencils, paper, line are recorded by a surveillance camera and projected in parallel in the next room.
It's a line that seeks a thousand times to unite the separated.
A line of belief, of pulse, a line of hope. A line of death.
A line repeated until exhaustion... fear appears, frozen extremities...
There is a declaration, an earthly prayer, a word repeated in many languages: Refugee.
Underneath, the white papers land on the ground and like a black echo they mix, fragmented. 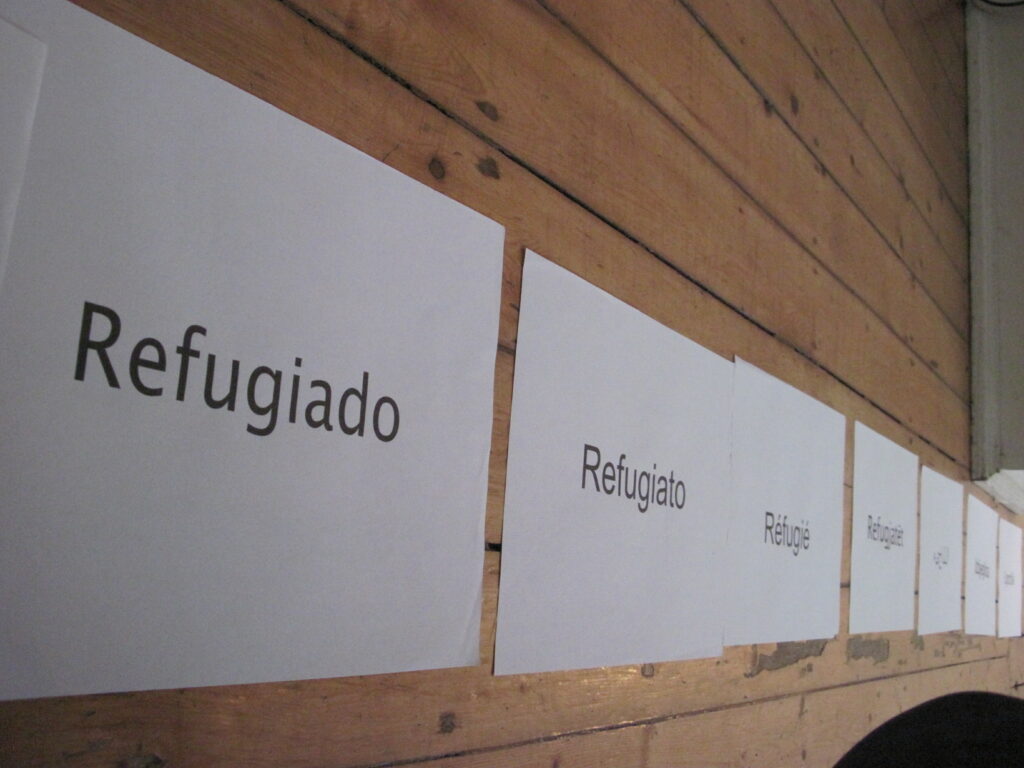 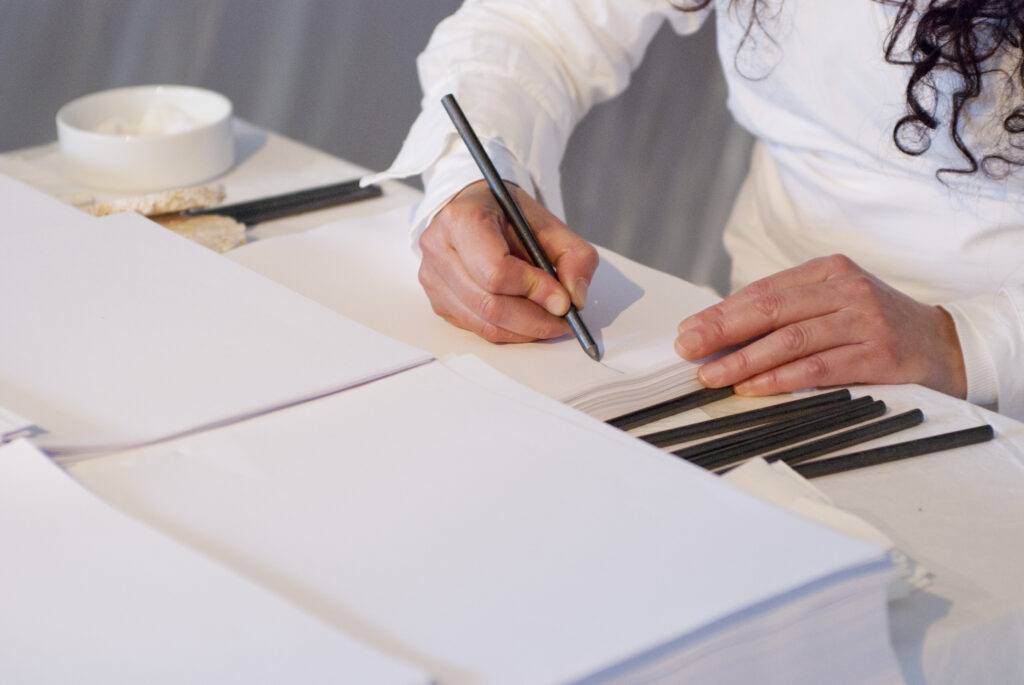 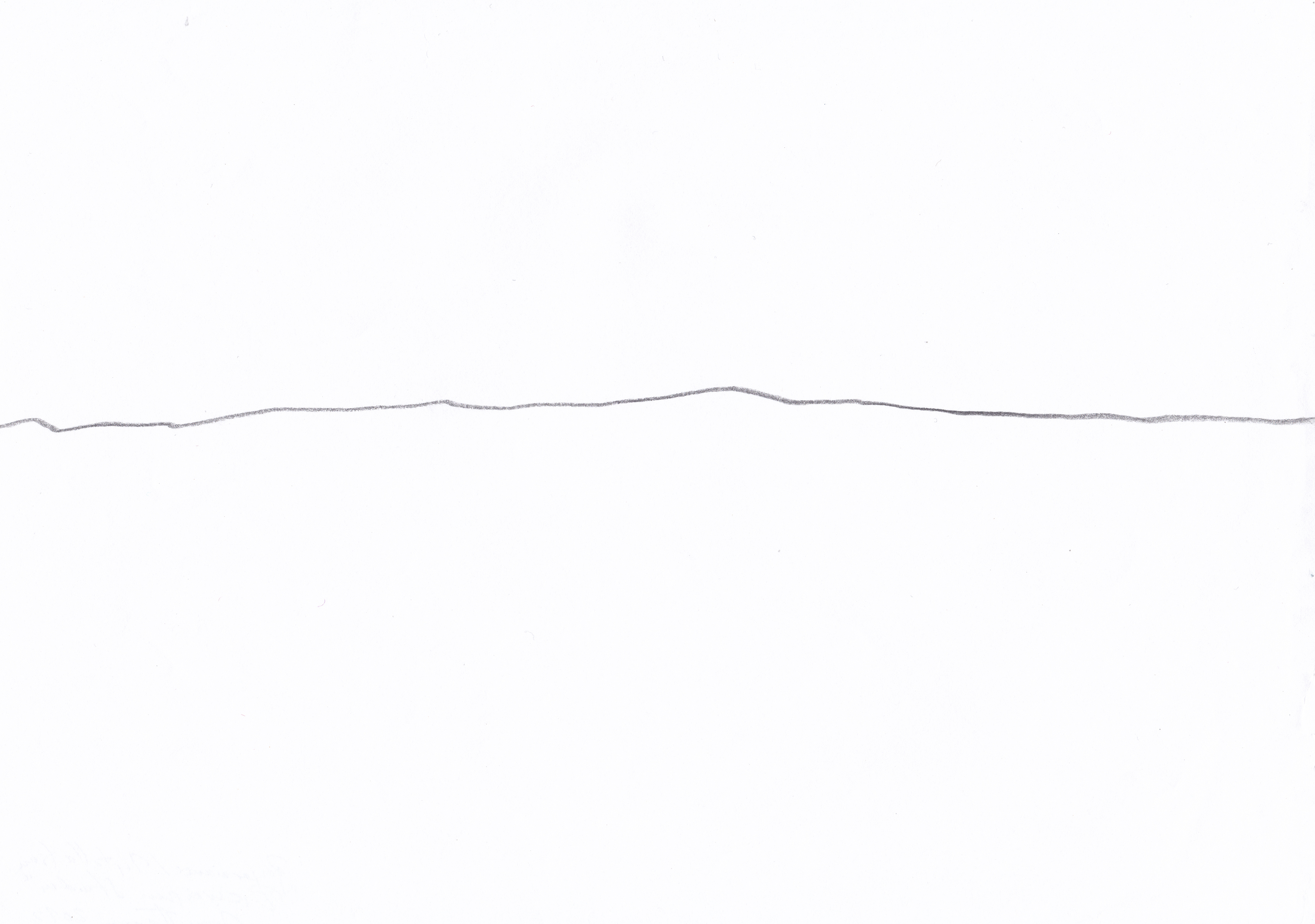 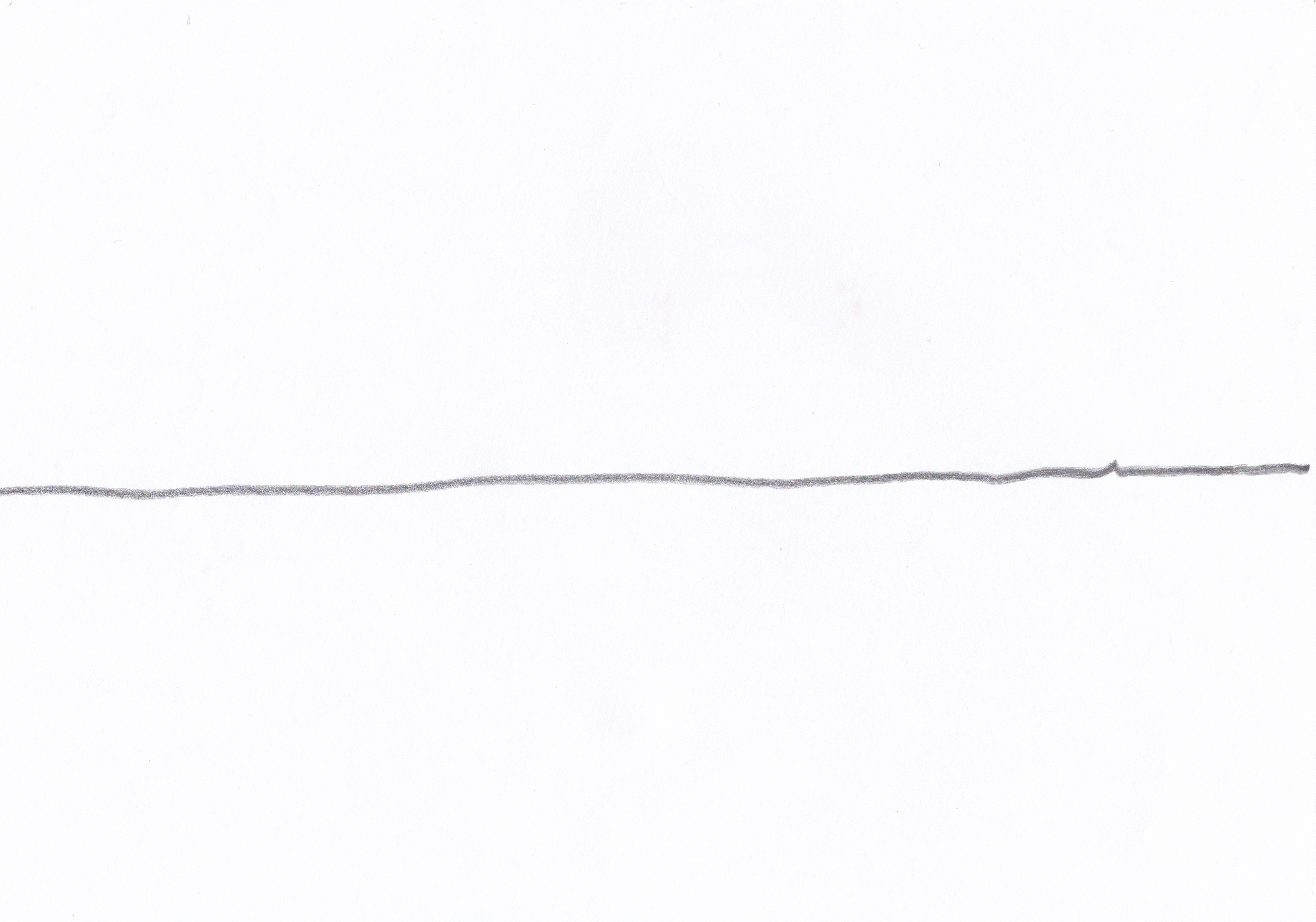 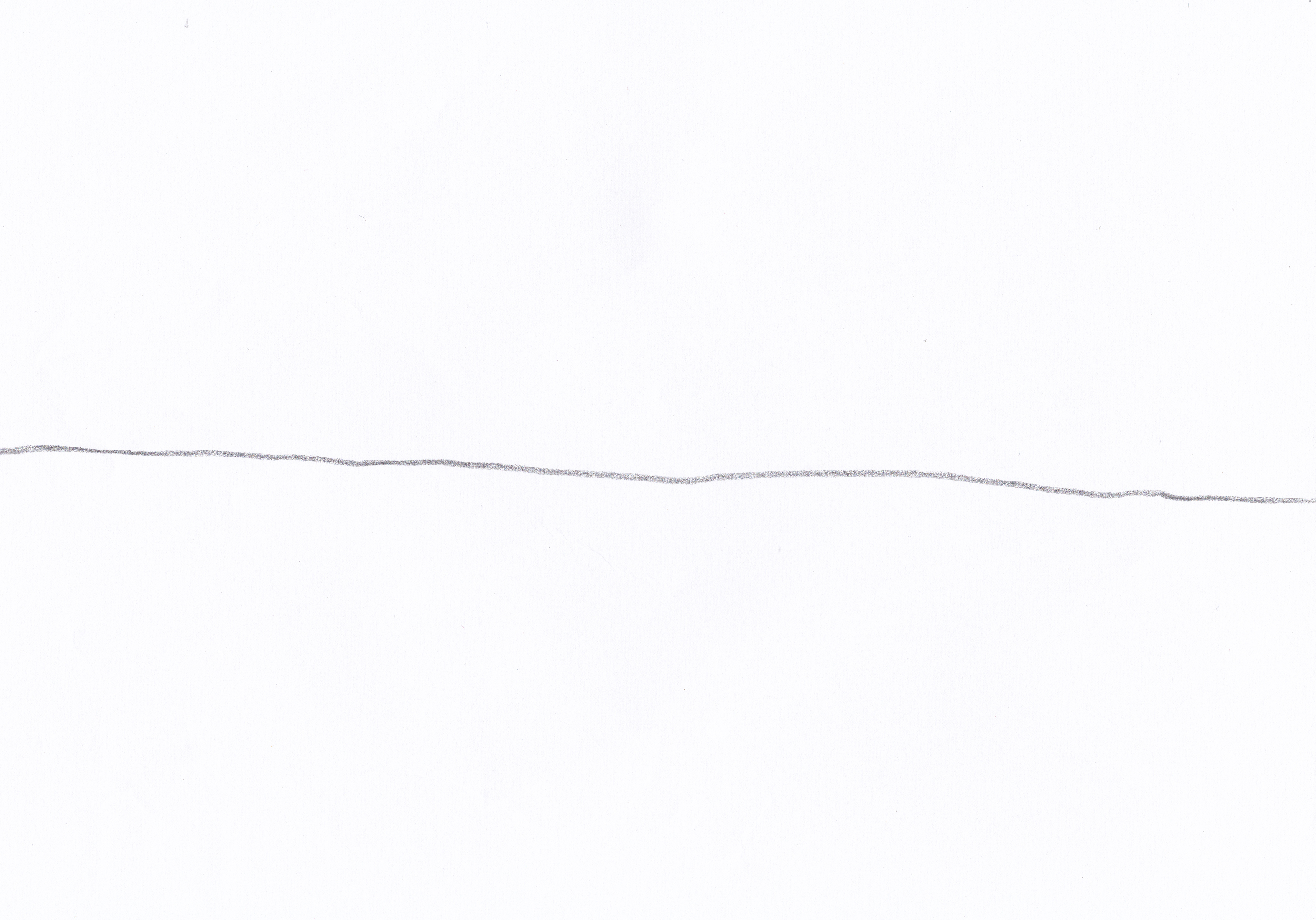