Beyond the cement, the iron structures, the retaining walls of this building, I was interested in investigating the spirit that animated and promoted this construction, an emblematic building. From his story I was moved by the passion that shaped him, as part of an ideology that promoted human development and fundamental rights, ... subsequently violated, in long years of darkness and terror.

The tower lives is the first installation of a series of several interventions that will cross the city of Santiago, in all its cardinal points, I refer to Urban Intersubjectivity, which is based on a critical reflection on the relationship we establish with the places we inhabit, in the places we work, where we live and where we love.
Places define our way of acting and thinking, in places the control of bodies is also established.

The tower lives rescues the collective memory, gives life to a space that is empty and wasted, thus inaugurating another architectural biography of this building, which is beating in its corridors, in its halls.

The tower lives is a visual poem about existence, reflected here in dozens of things, which belonged to present and absent people.
This installation speaks of diversity in all its senses, in addition to suspending materiality, as contemporary exoduses suspend the destinies of so many human beings across the planet.

This installation questions, sacrifices matter, also asks what we are through the objects that surround our steps?

The Tower lives, exposes the objects of daily life to appropriate this space, creates a patina of forms on the facade of the building to inhabit it from art, with the small of each day. 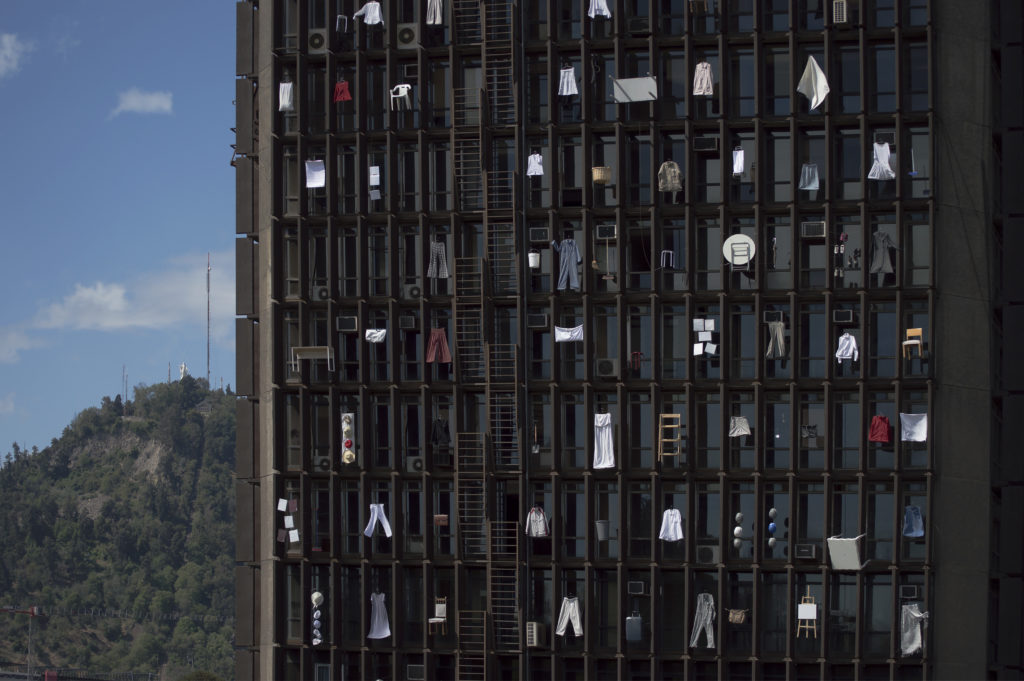 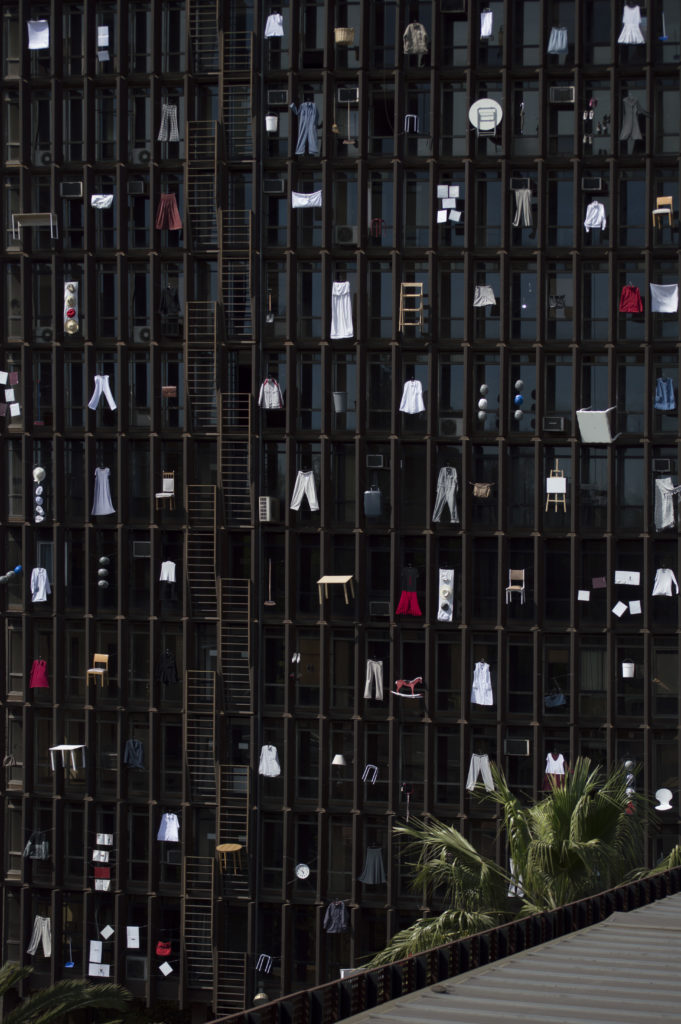 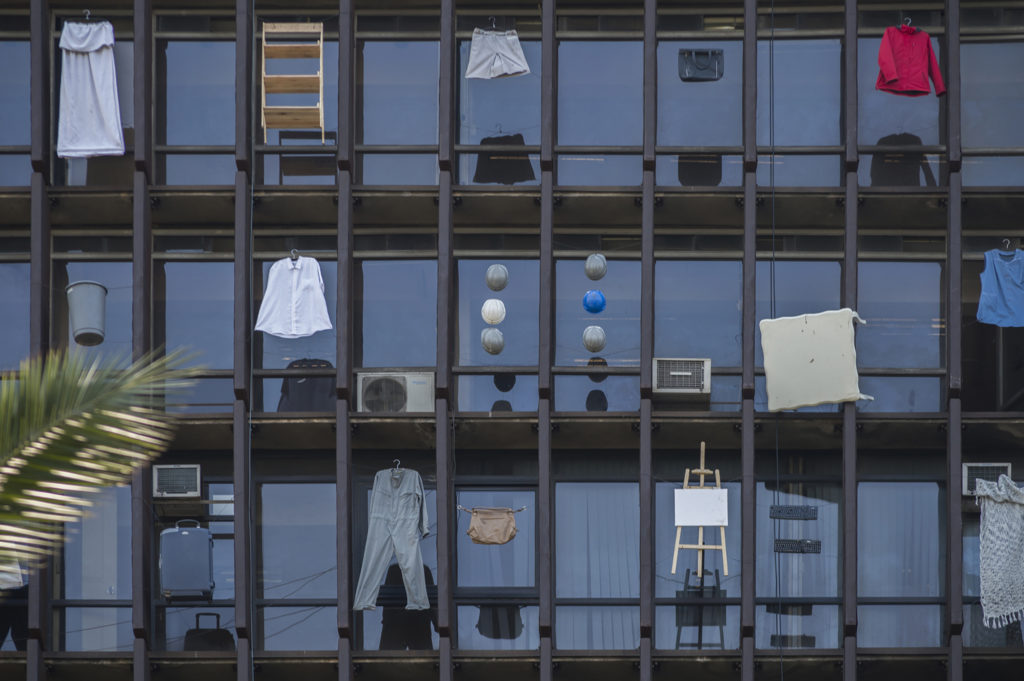 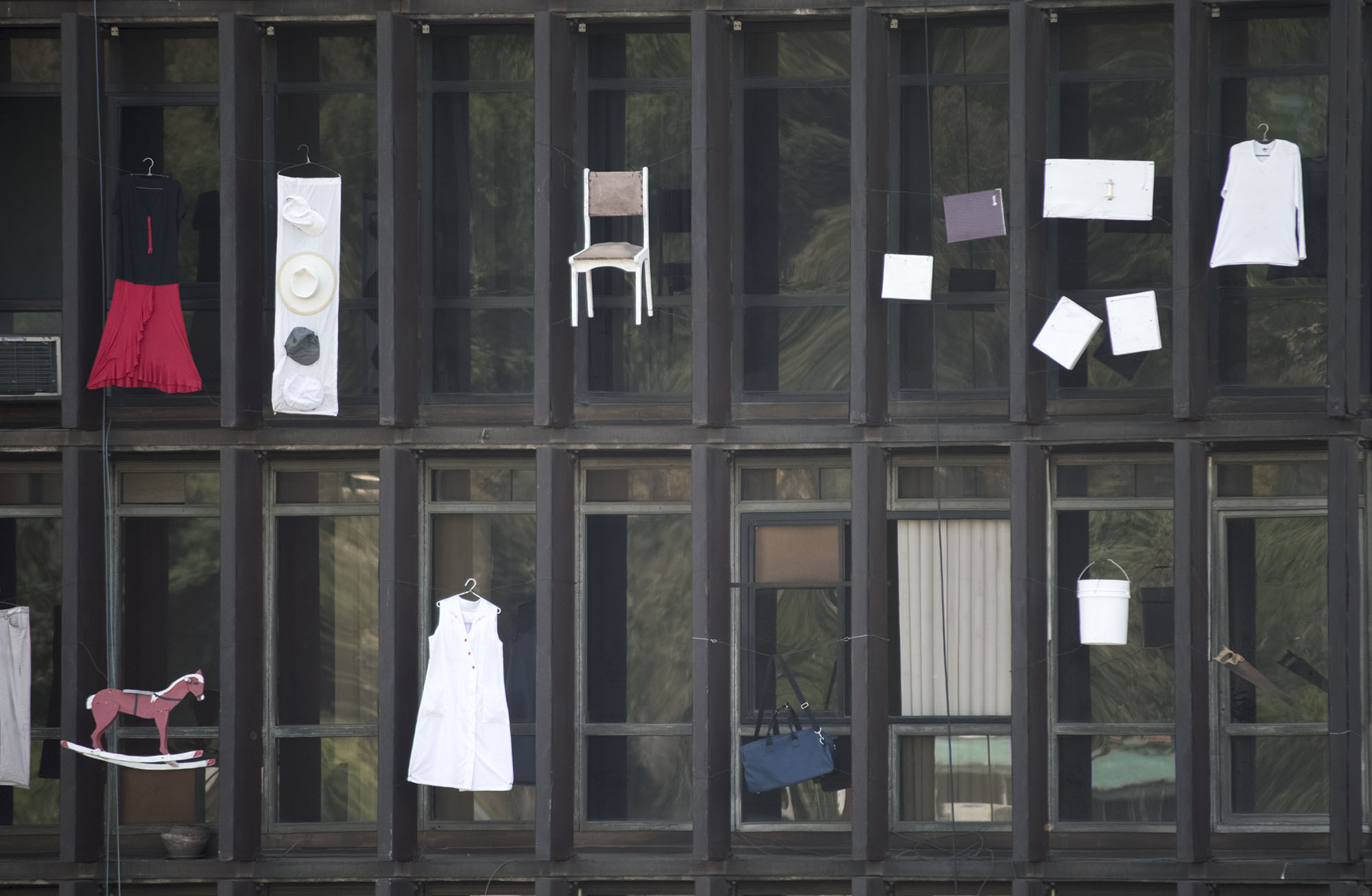 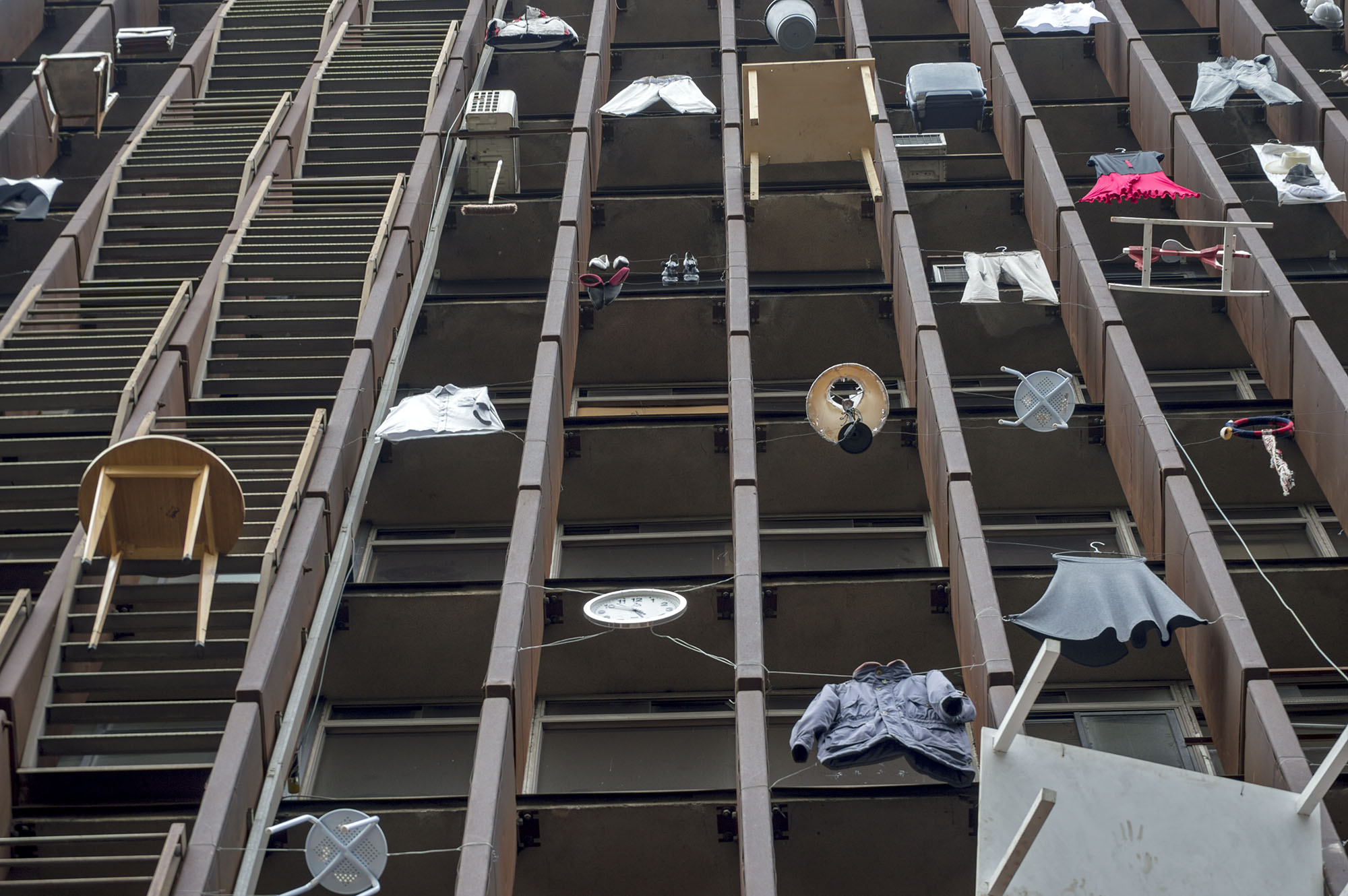 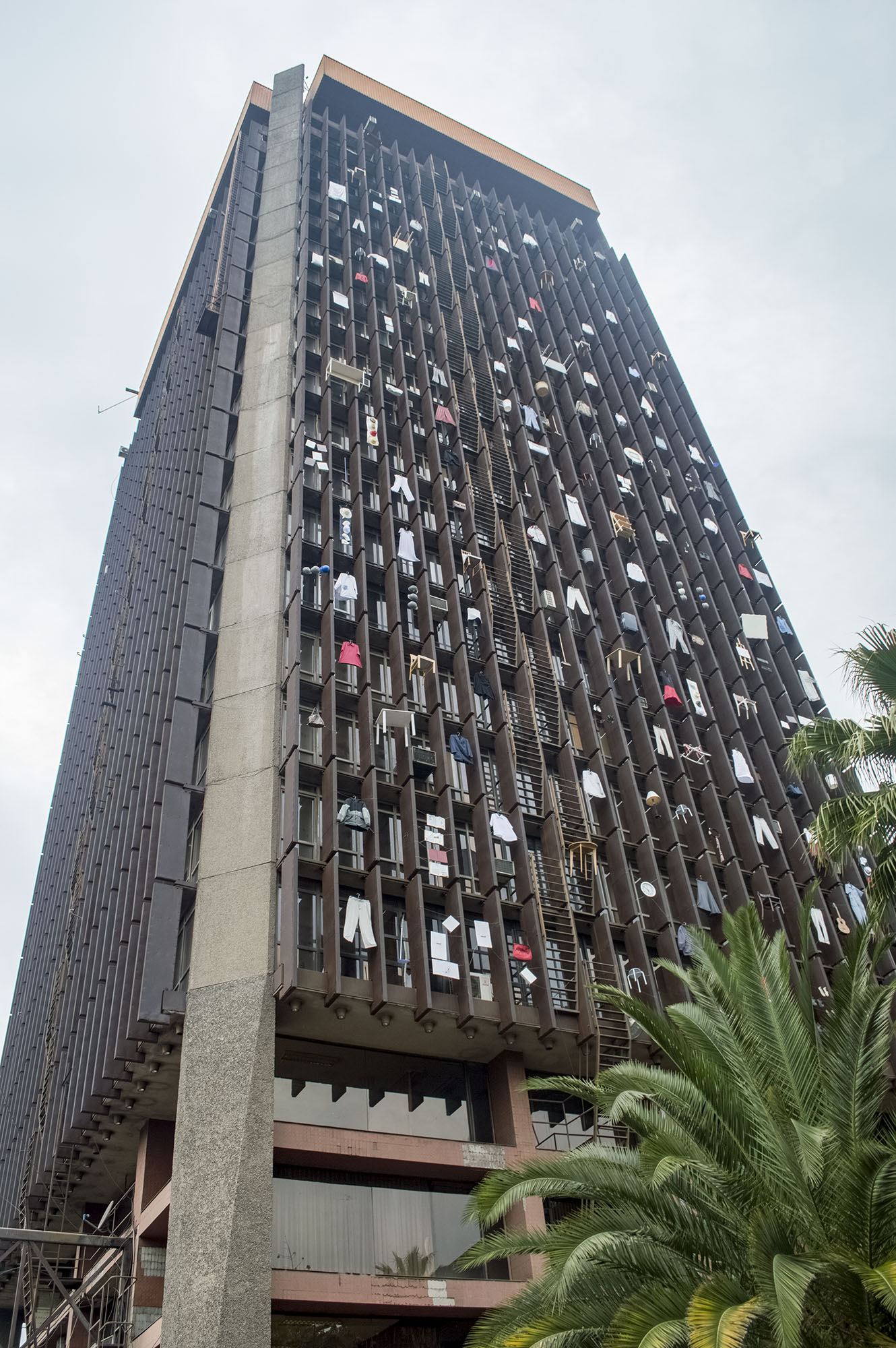