At first, the many, mostly small objects look homogenous, gray and still. As you approach the exhibits, their collaged newspaper surface appears restless, black-and-white, and irregular. Observing attentive it turns out that the supposed packaging is  the substance itself of the works, which consist of nothing but an empty shell. Numerous objects reproduce everyday objects, such as kitchen accessories and garments, so lovingly accurate, so faithful to their used character that they initially seem familiar to us, at the same time so artistically abstracted that they seem strange to us. The essence of this cutlery and these devices is there, visibly and concretely, everything but objectless, but theirs material nature has evaporated. The so meticulously shaped asymmetrically shaped shoes exude an unfamiliar fragility, the cozy foods are as good as fossils of their own. It seem as if the soul of this Items would have come loose from its body, like a snake from their skin.

Janet Toro's sensitive processing of her experience starts with extremely simple materials such as paper, flour and water, achieving a subtle conceptual level. Like in a distillation process, the artist extracts the essentials and discards the trivial, until color, decoration and everything that does not belong to her message is extinguished without compromise. In her new work collection Entre líneas, she again reduces her initial motifs to the non-colors white and black. Toro subjectively chooses certain things according to a subtractive principle and isolates them from their original context. Powered by the conviction that images daily attack us and unconsciously distract us, she cuts these out of the newspaper, directed by chance, then separates the text sections in countless snippets and sticks together the pieces of text again. This is how the artist creates meaningful and repeating representative objects in a poetic way. And for the first time she exhibits objects with this very personal reference outside her private living space.

As the title of their exhibition suggests, it is about the two sides of information, to provide a more comprehensive view than words and images could. Away from the original illustrations of dissected, even mutilated newspapers, the artist has designed new creations which consist of known forms and alienated letters. In the fragility of these new creatures is a striking statement about the omnipresent media attack and the active processing of the text and image flood. The empty skin that makes up all objects is a paradoxically concentrated informational content about our habitat and its connection to our identity, our environment and our way of dealing with it. In doing so, the points of refection are both obviously and cryptically, for the exhibited works, which by their very nature seem alive and mummified, refer to several levels of interpretation and invite the viewer to read between the lines. 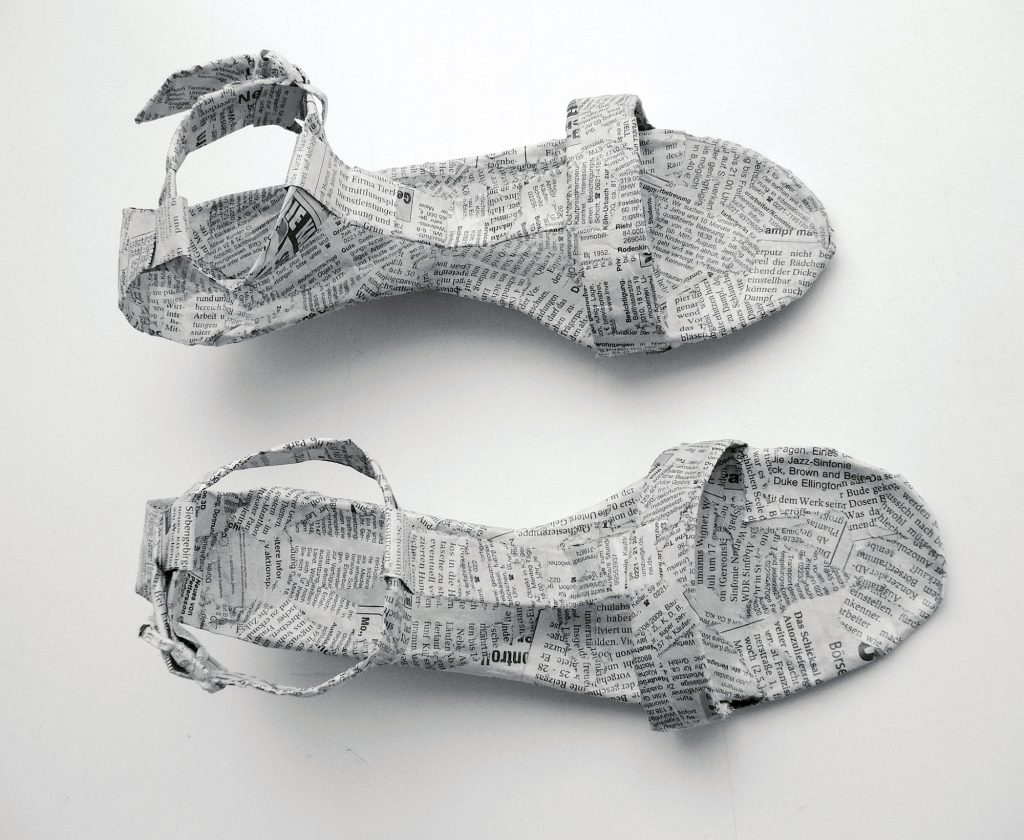 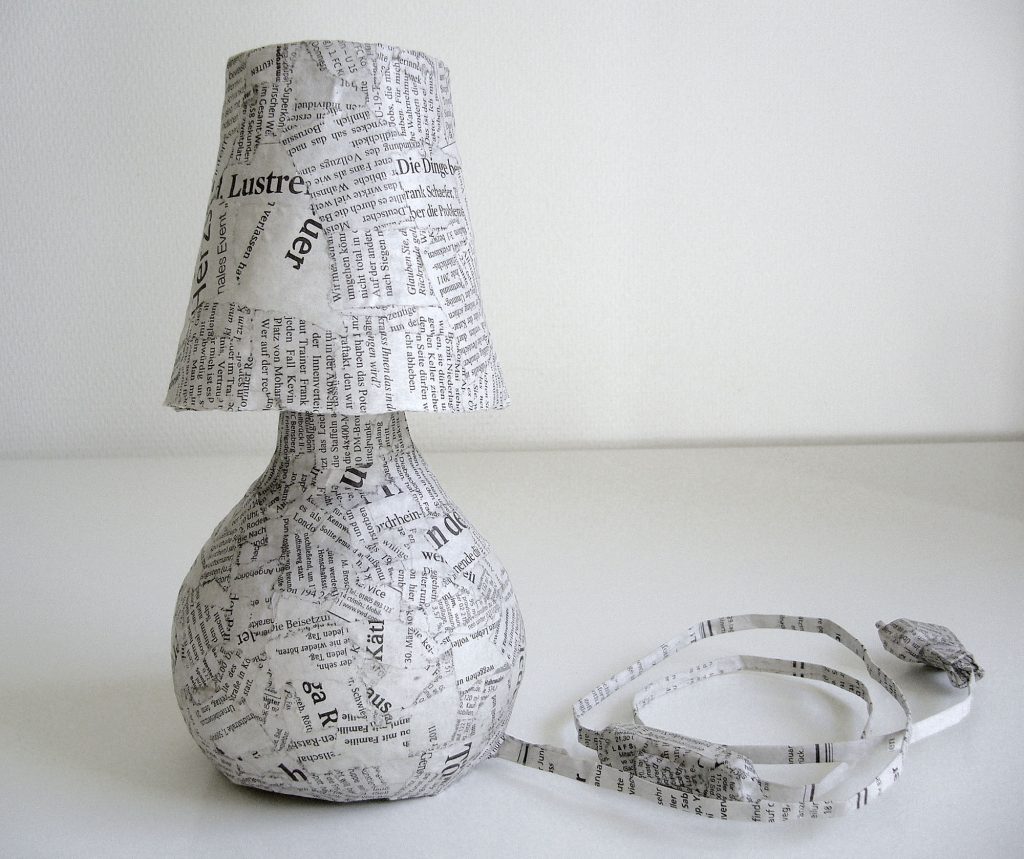 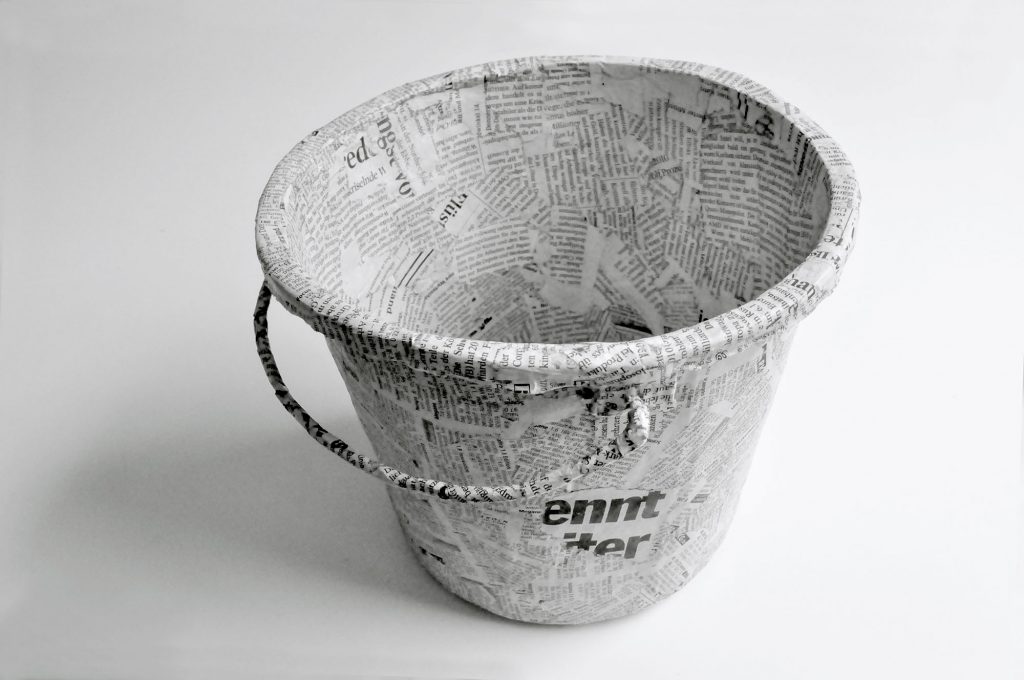 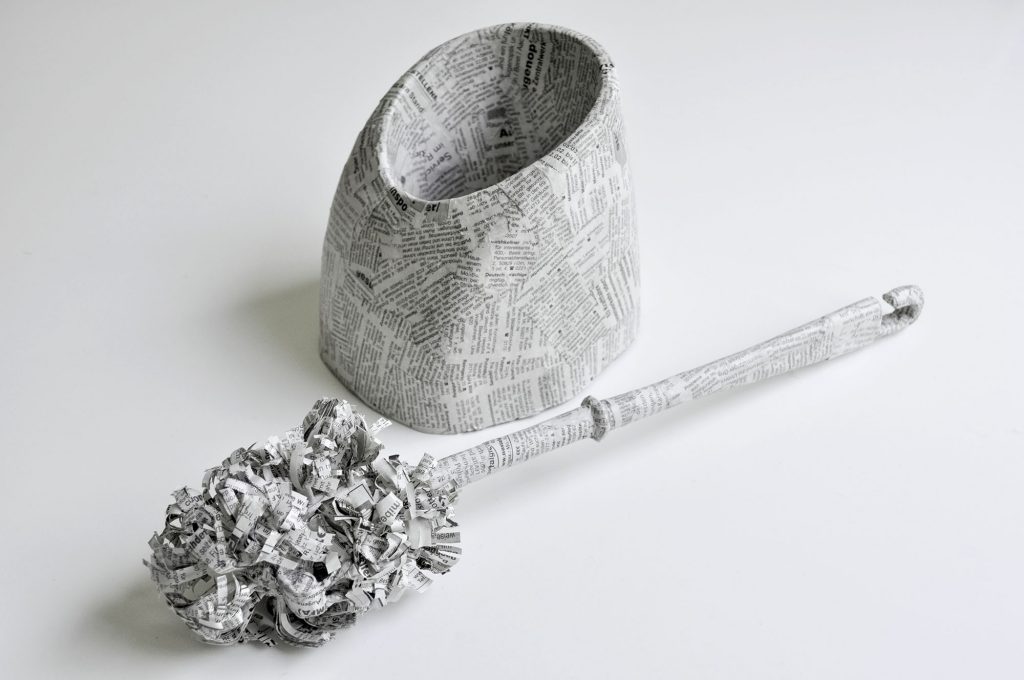 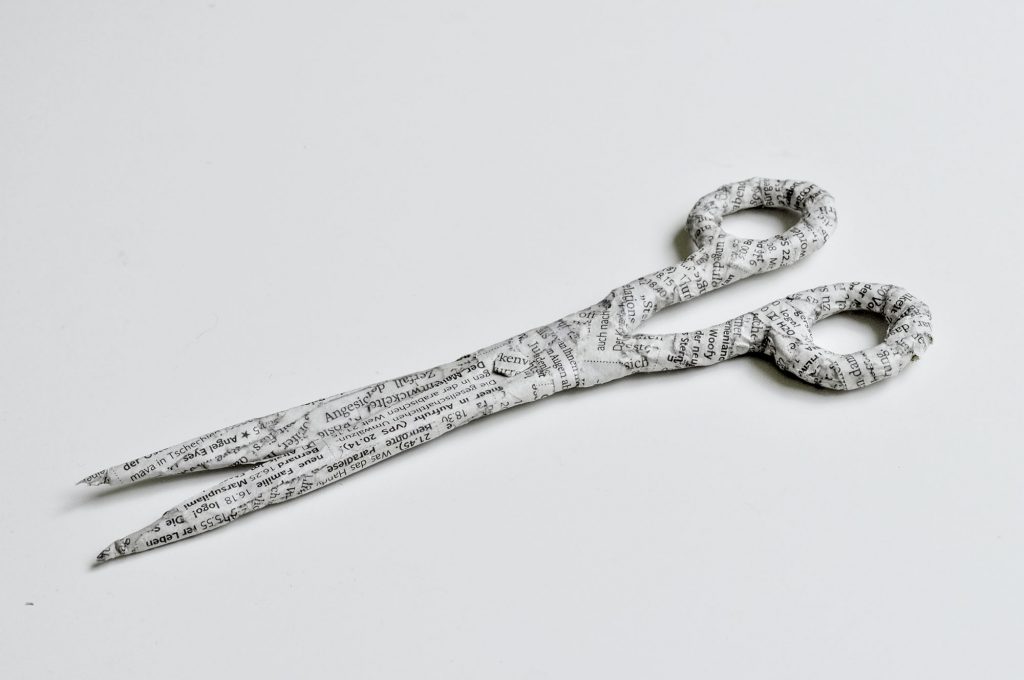 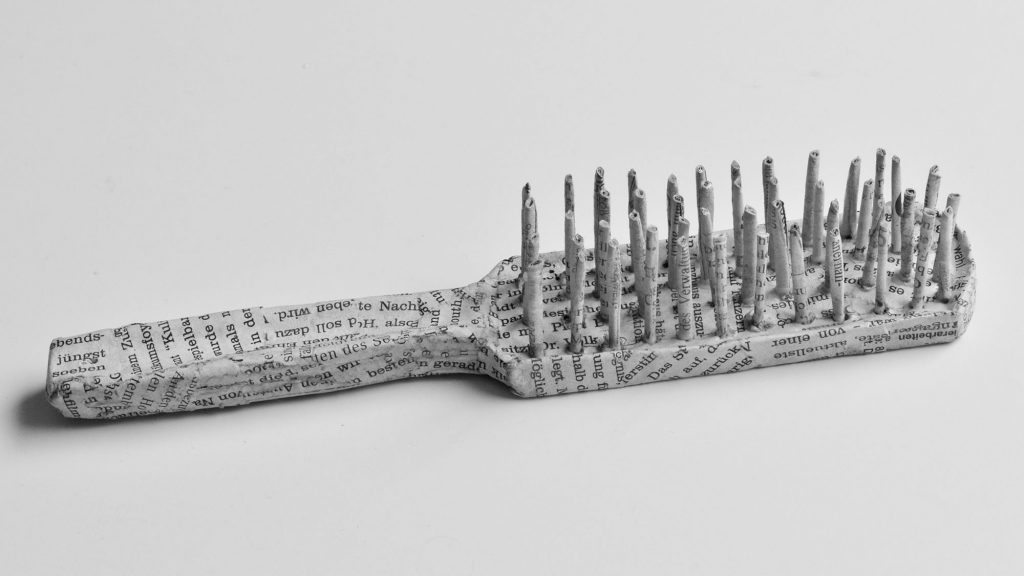 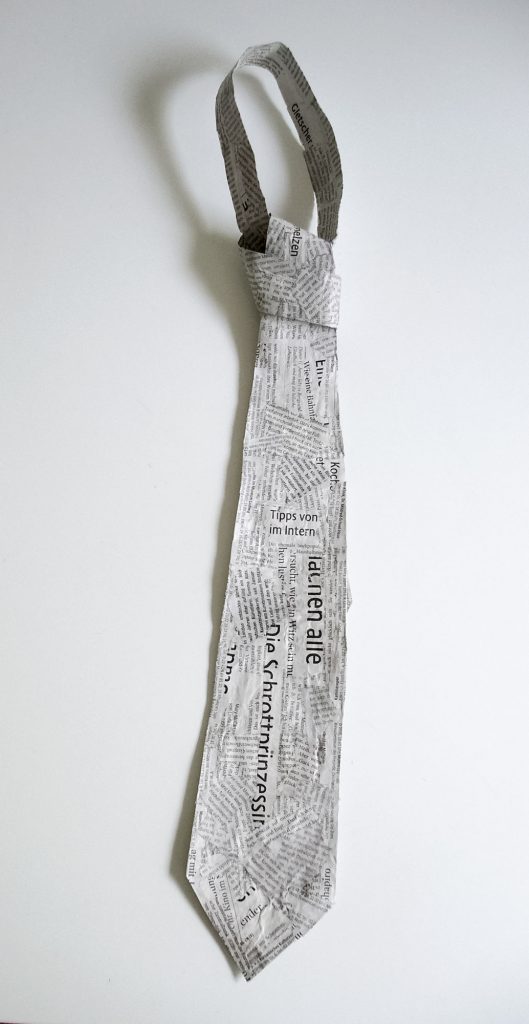 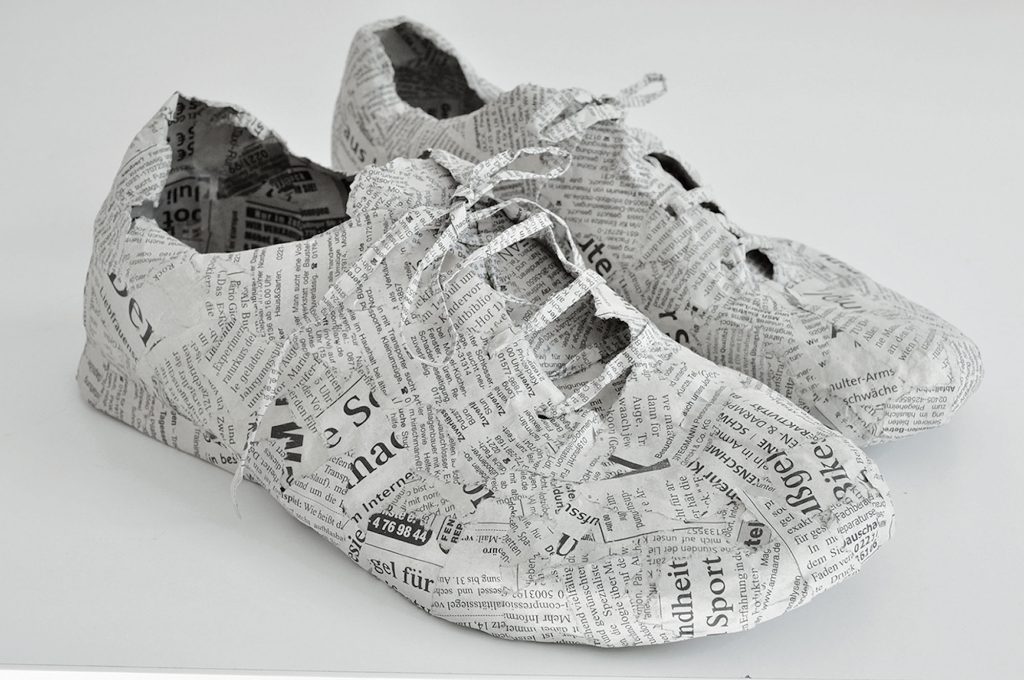 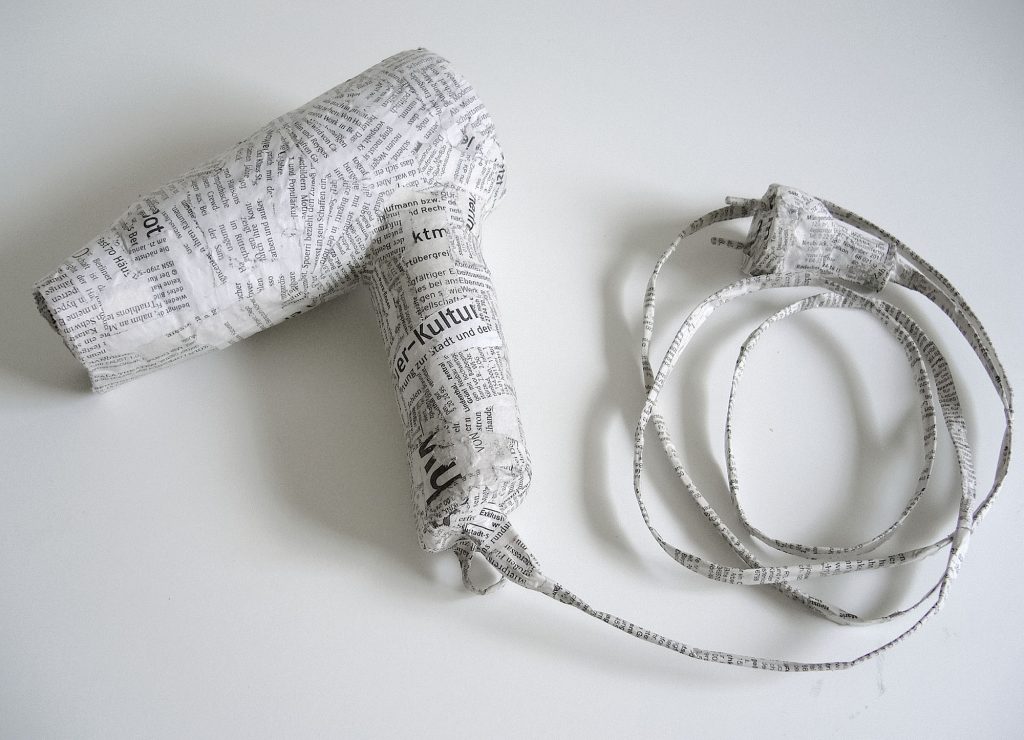 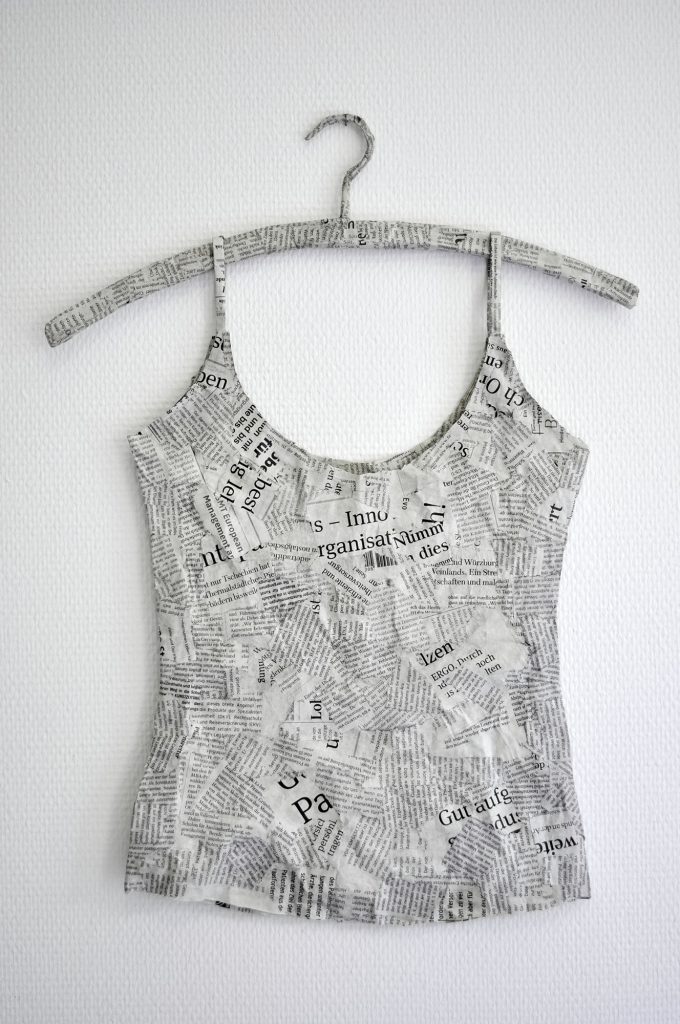 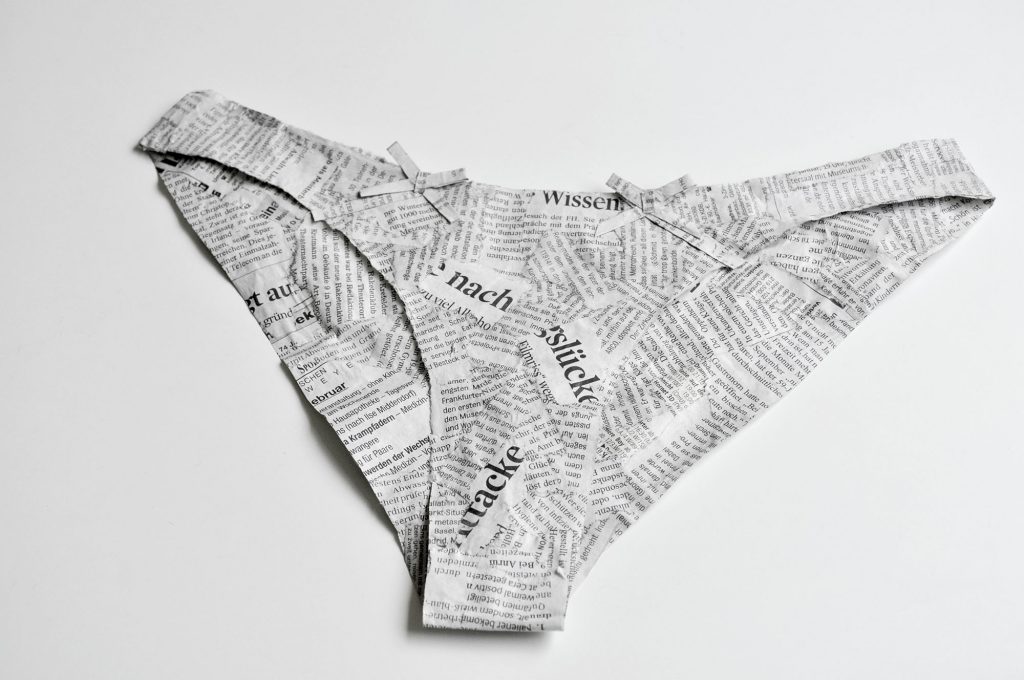 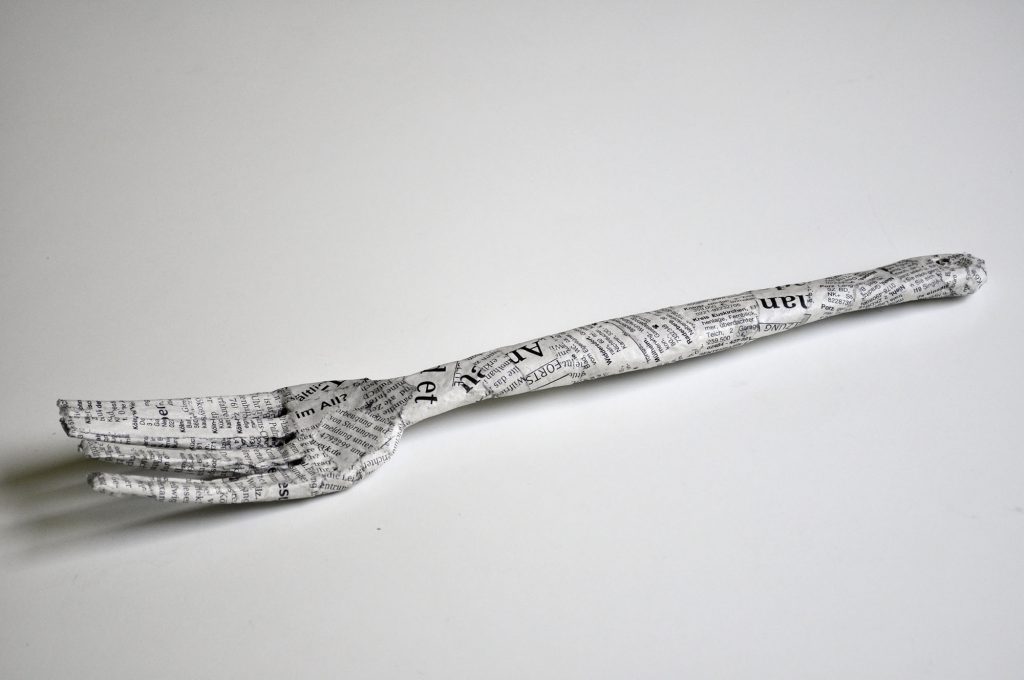 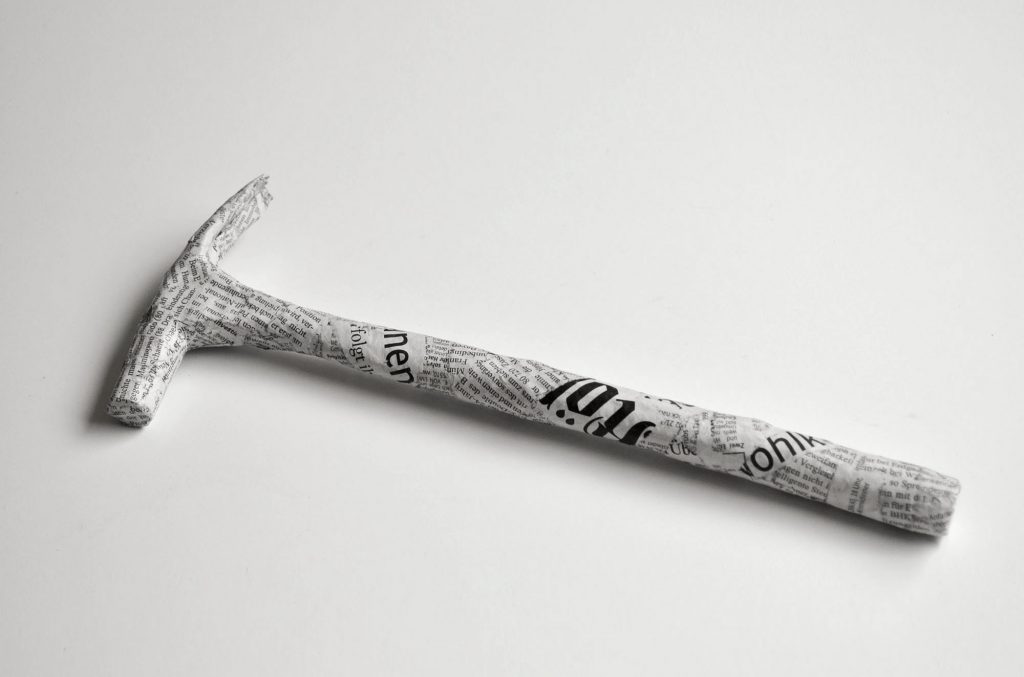 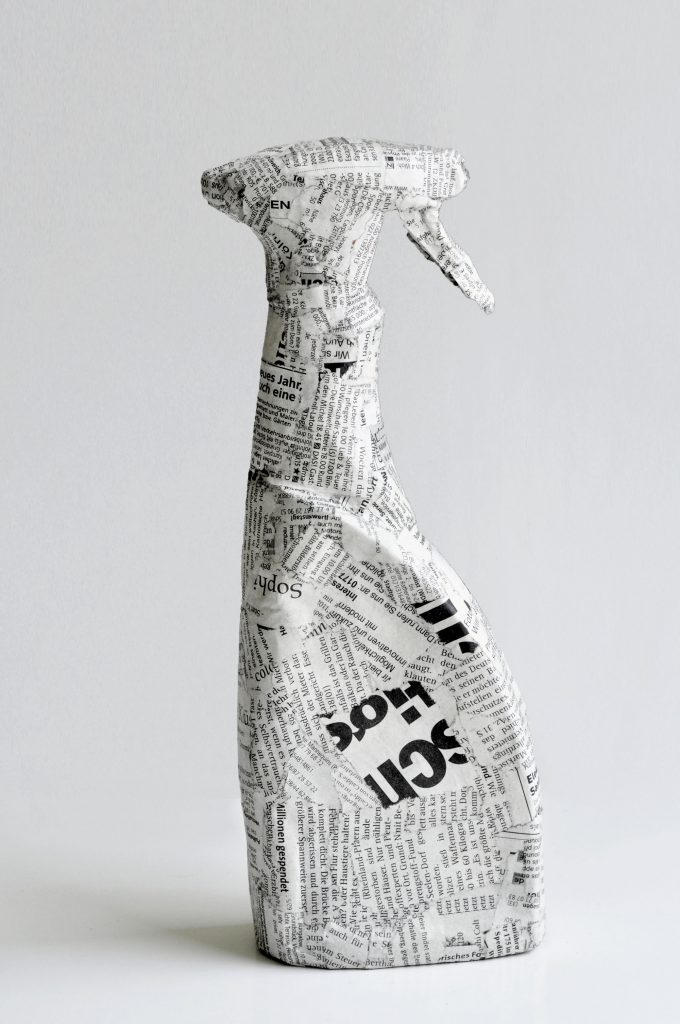 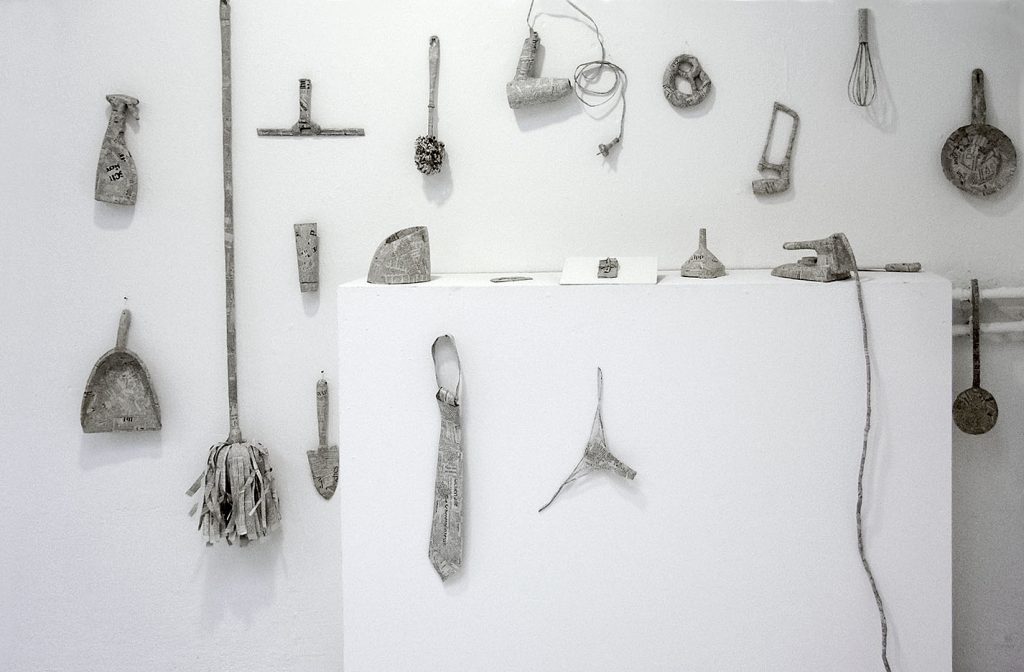