A displacement of the so-called popular Latin American rite to the contemporary. On an emotional level, a space of introspection opens up, for those who have been denied the right to a funeral rite for their beloved ones who have been murdered. It is an inclusive look, which does not only stop in the victims, but is projected on the survivors and their interminable mourning.

I'm sitting in the center of the Museum Viewpoint, with my back to the wall with the hundreds of photographs of the Detained Disappeared, a hanging canvas covers my face and imposes a severe three-hour silence. I hold long white threads, which fall to the ground, where the spectators tie knots asking for a wish (which according to tradition) the little angel will take to heaven, but in this case he stays on earth, hoping to sow in it the vestiges of the absent ones. 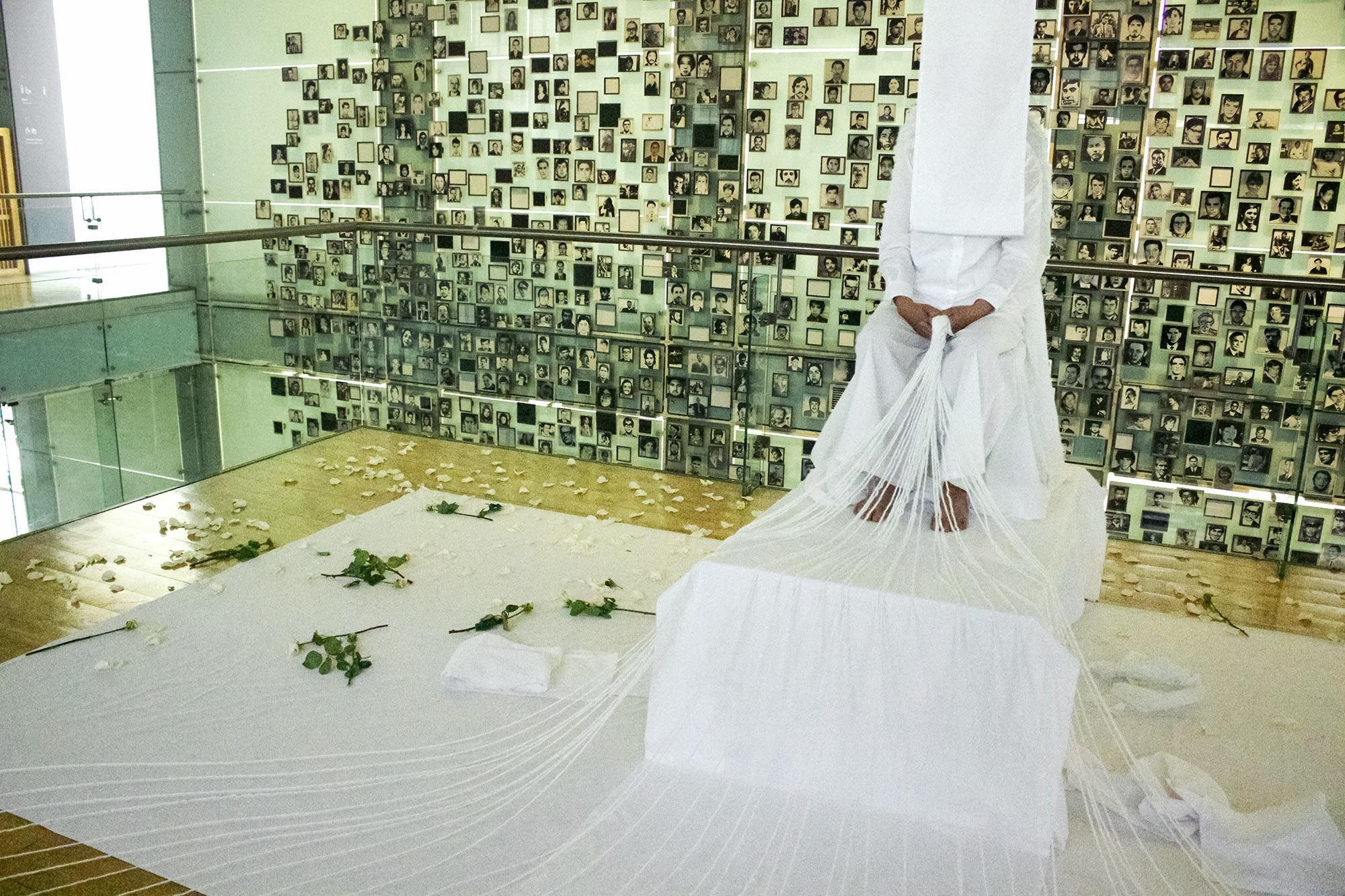 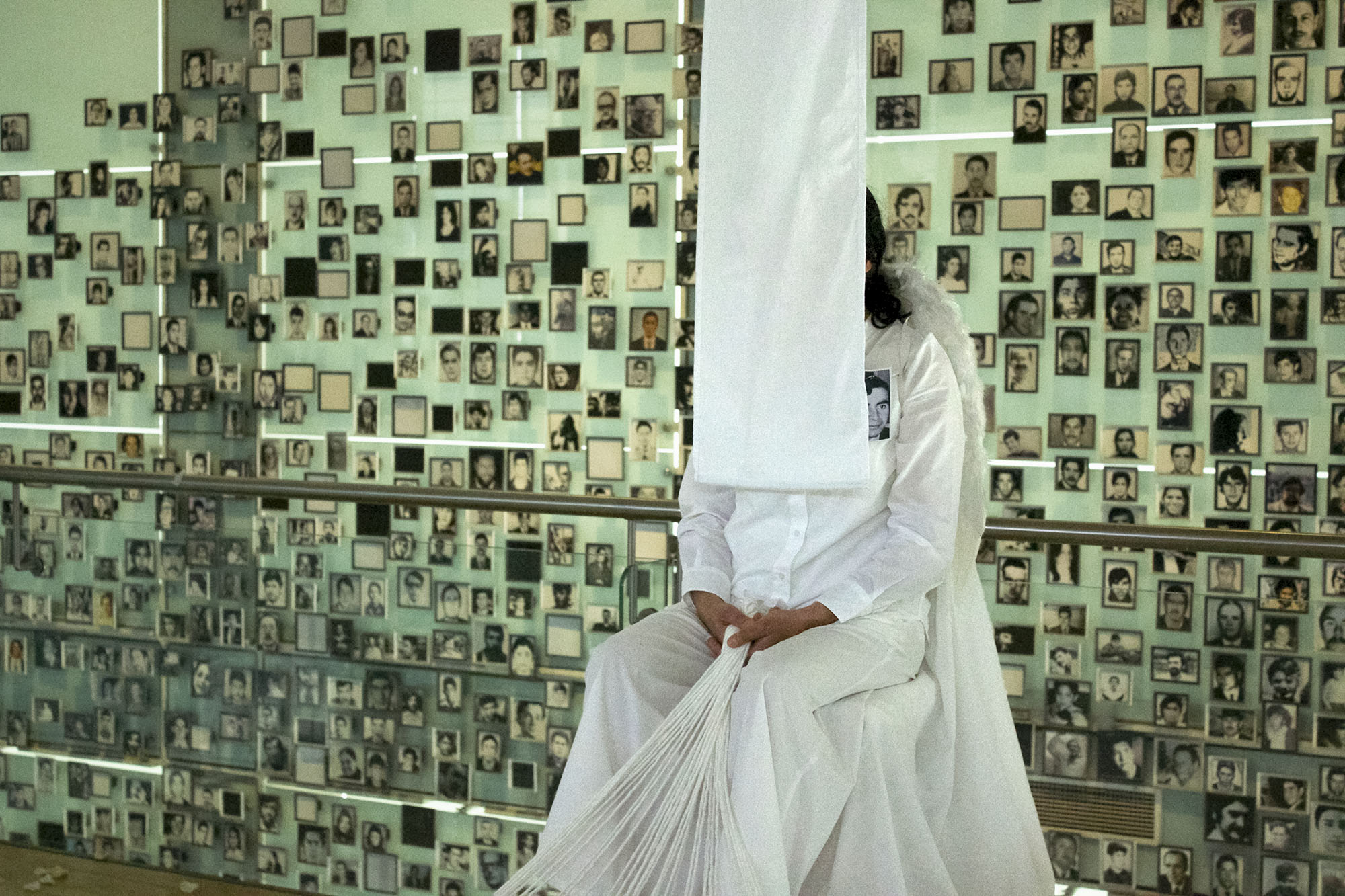 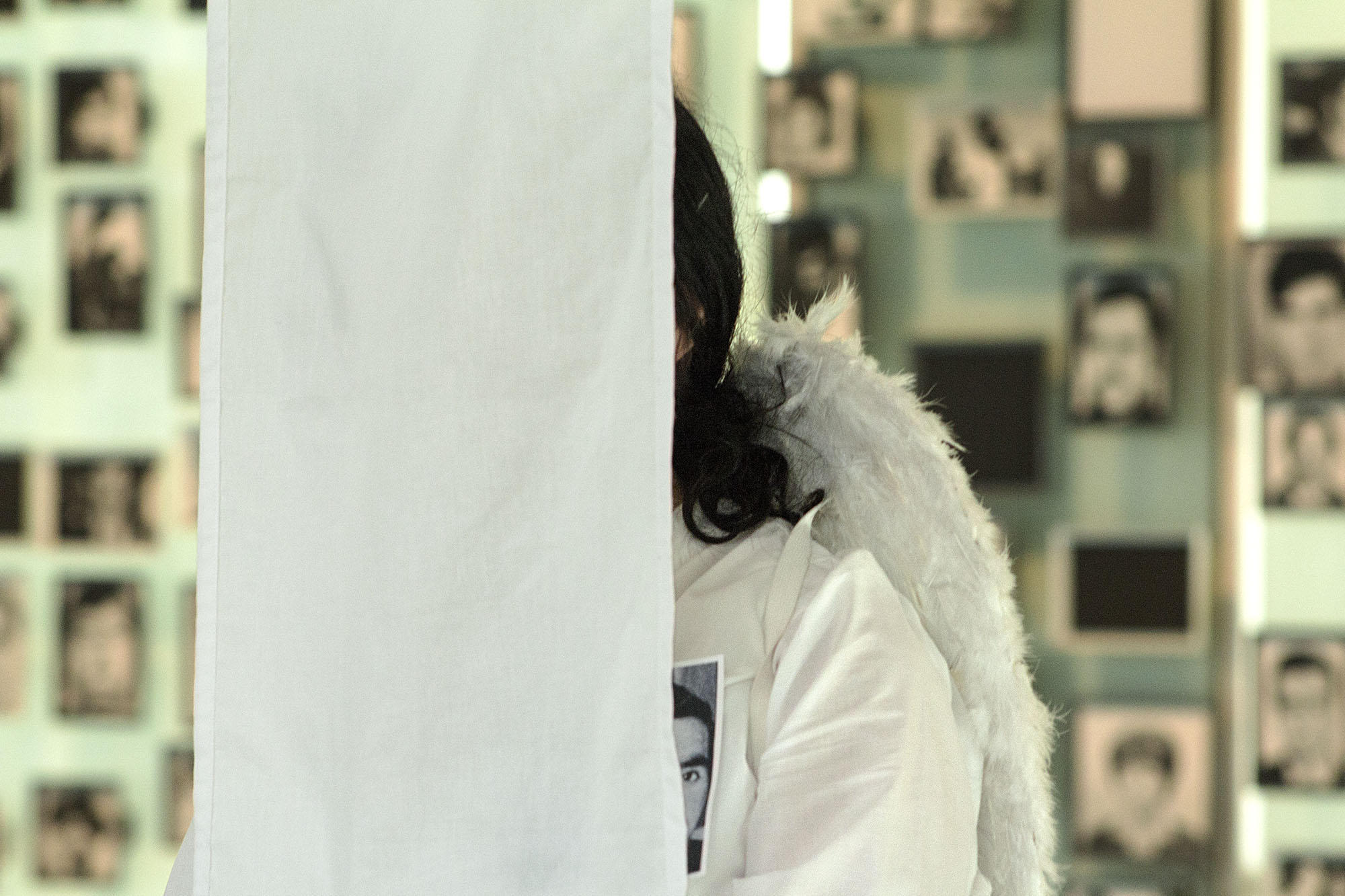 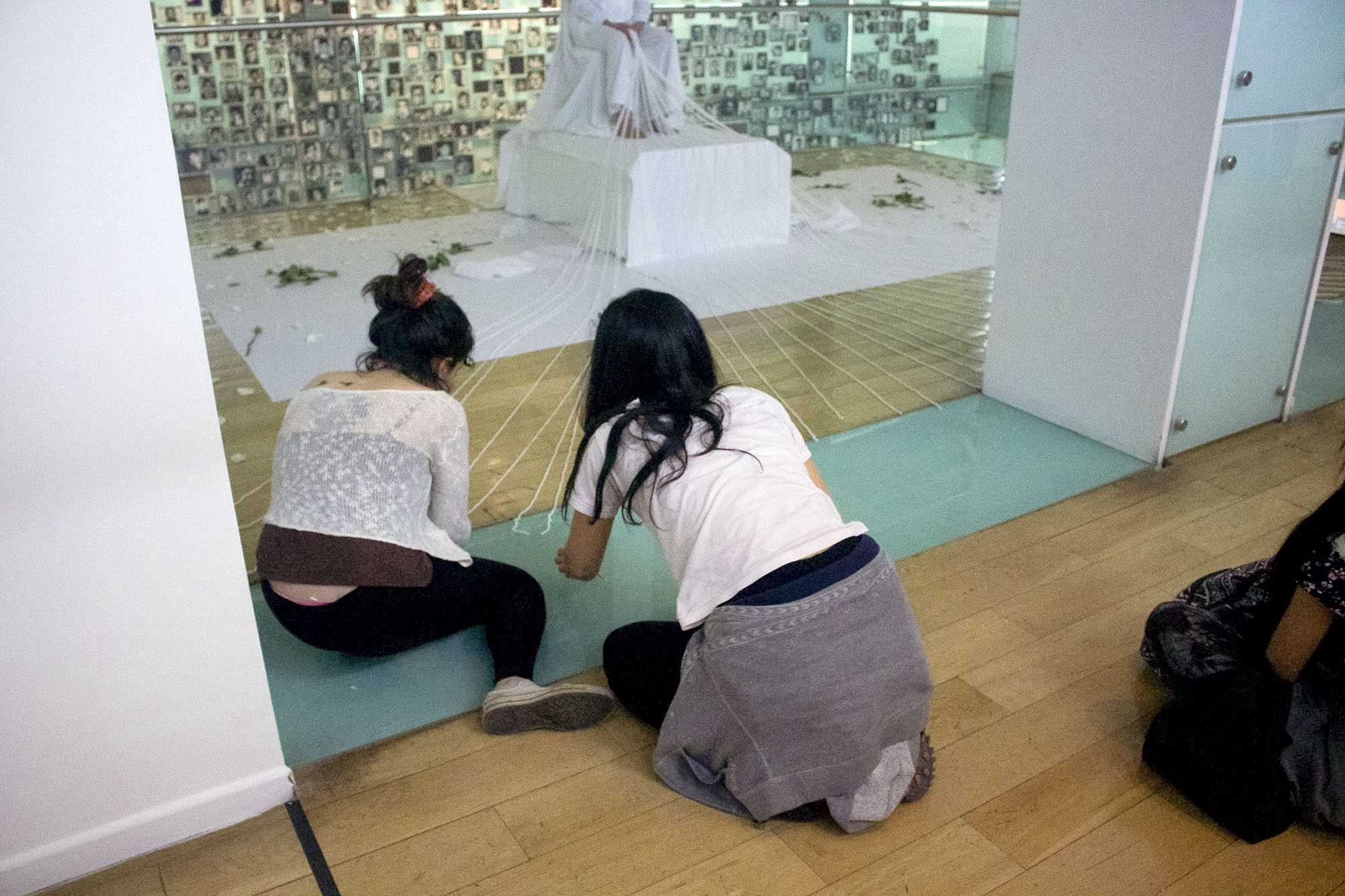