First part
In front of the Parliament in Valparaíso, Chile

Surrounding the Parliament, I walked barefoot, dragging a white gauze, dressed entirely in black. I stopped in front of the main entrance of the Parliament, on the cement cross of the circular grass bench I contemplated the immense and alien building, the Dictator had appointed himself Senator for life! The sky turned white, I looked at the guards, they were disconcerted. I bandaged my eyes with gauze... The landscape was closed for me. I opened my arms in a gesture of surrender, the hustle and bustle of the street followed, the horns and engines made a lot of noise. I was incongruous in the landscape ...
A lady stopped with a child, he began to imitate my gesture!
A few minutes later I took off the blindfold and a lady came to hug me and tell me: We are all blind!
I stayed without breath.

Second part
in front of the Congress of Buenos Aires, Argentina

I walk accelerated, the street attacks me, I can barely see the faces, the gauze grind behind me, the pavement is rough I go barefoot, I see the cement as a prophecy. Traffic lights with red, green lights. The Congress is surrounded by scaffolding, they are for us, to write the forbidden in the clouds. People pass blind, buses pass by, I sell my eyes so as not to see, the text repeats itself, things collapse, nobody notices. 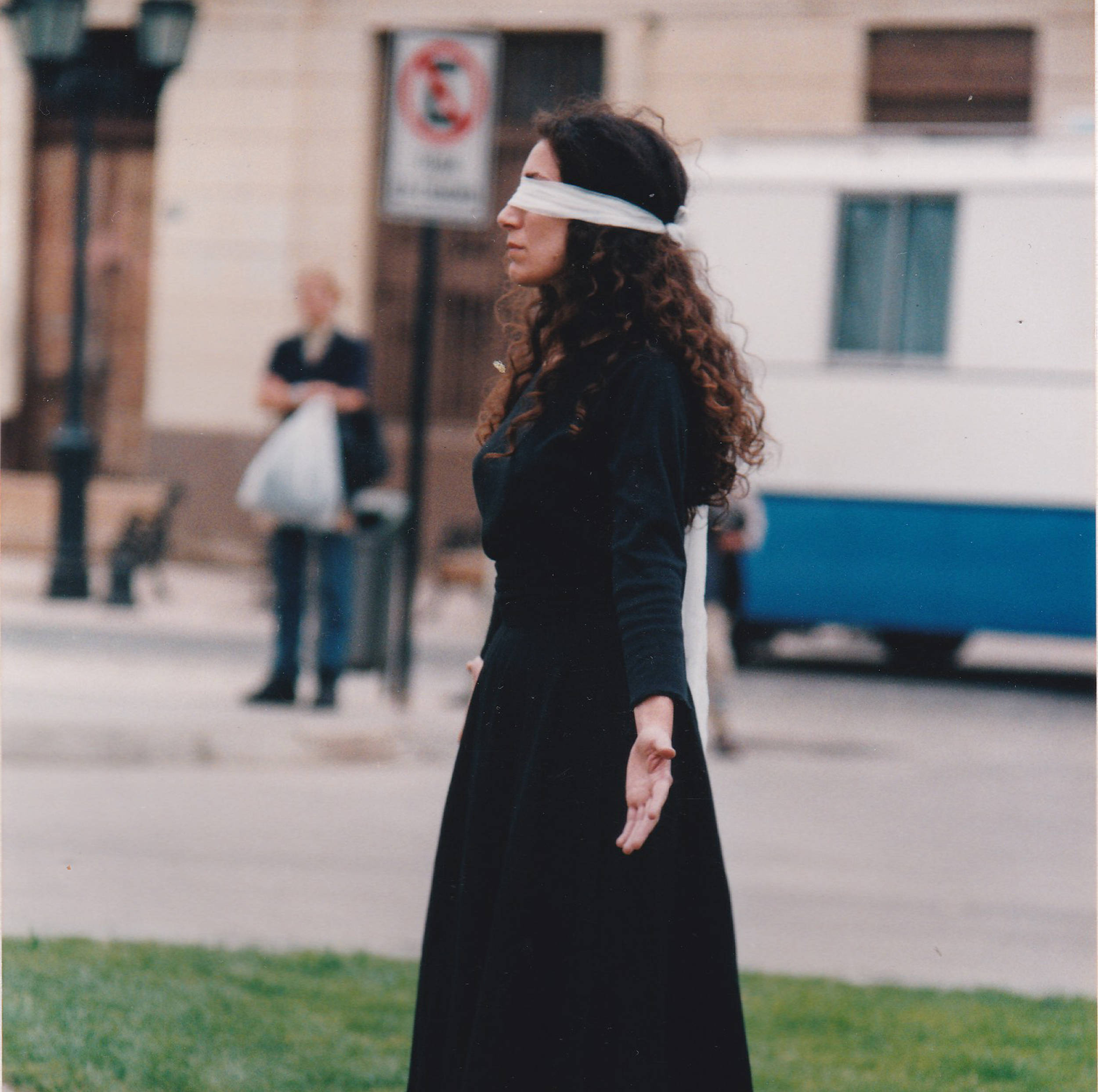 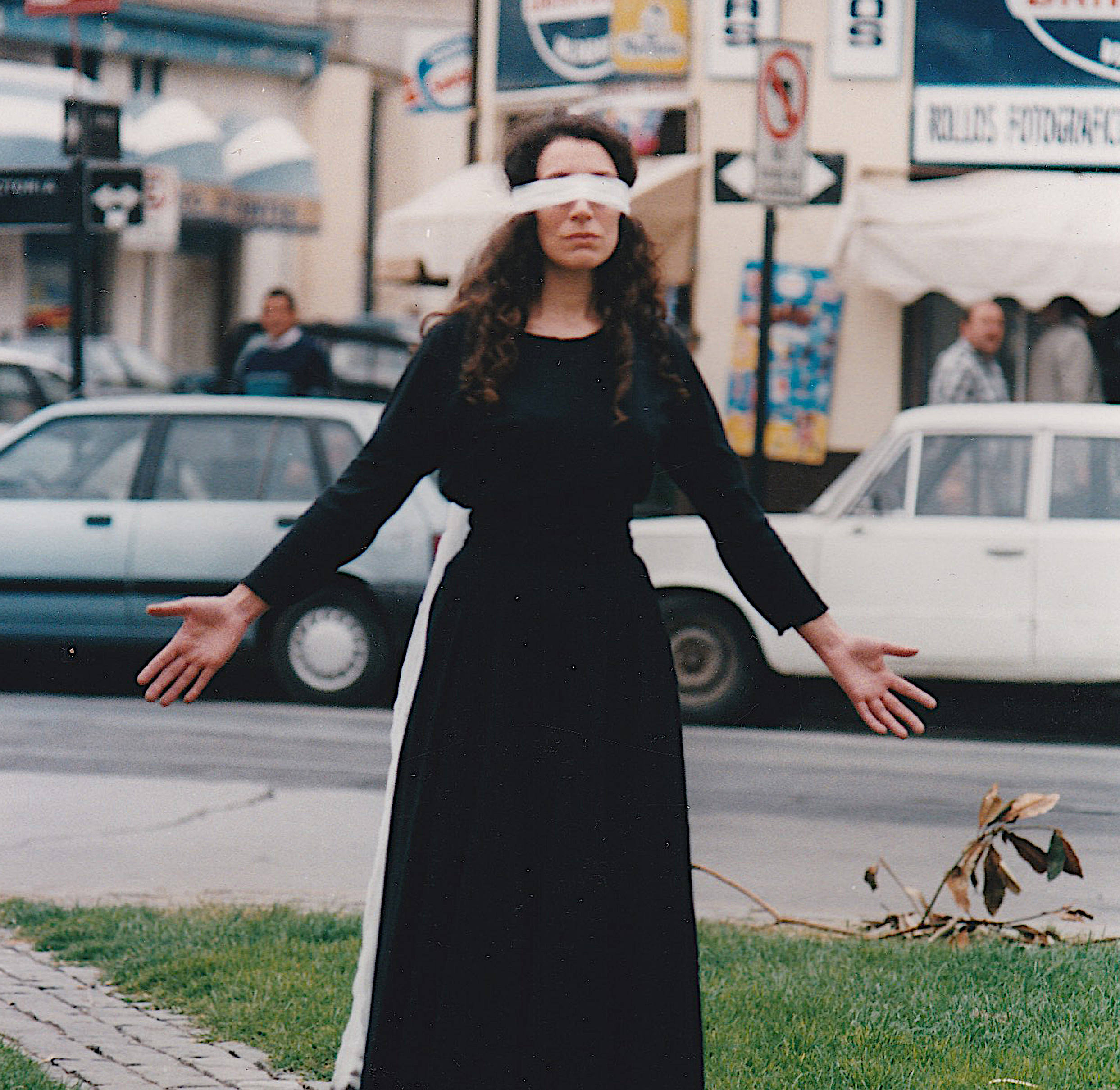 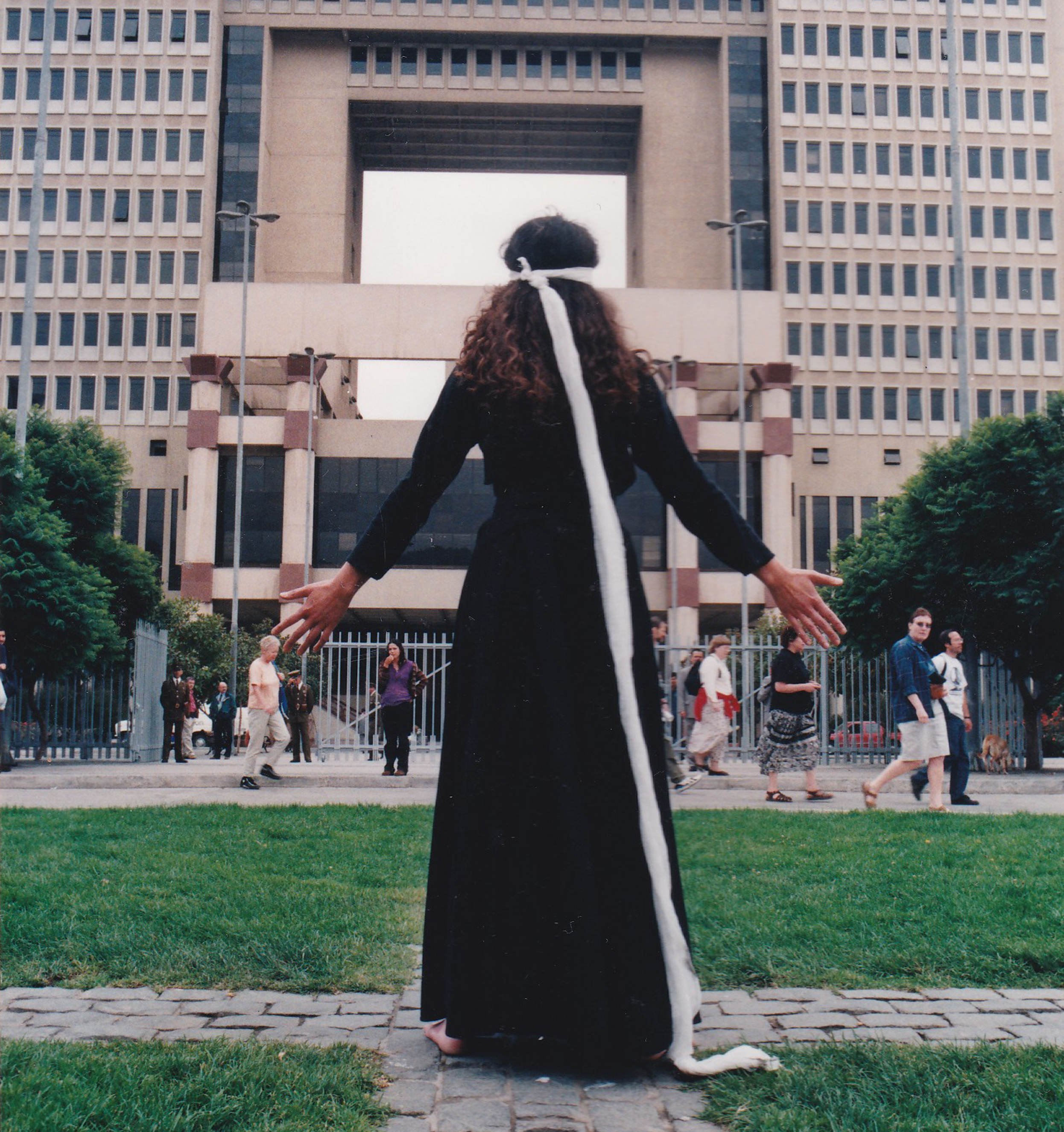