From the photographic record of the previous Performance: The blood, the river and the body, I chose a slide, where I am wrapping myself with the bloody canvas. This image was projected like a gigantografía, in a wall of the Faculty of Right of the University of Chile. The image was fixed.

From that same place I drew a red line (with paint) on the sidewalk of Santa Maria Street, in an extension of more than 100 meters, from west to east.

The path is the symbolic river where we circulate daily. The great red line was the presence of blood, which betrayed a social territory while intervening. The still-fresh red line sprouted from the pavement, bursting into the footsteps of passers-by and those tracks multiplied along the streets.

Red was the macula incarnate, the terror of the political context we lived.

Weeks later, the red tracks left on the asphalt by dozens of passers-by were still palpitating. 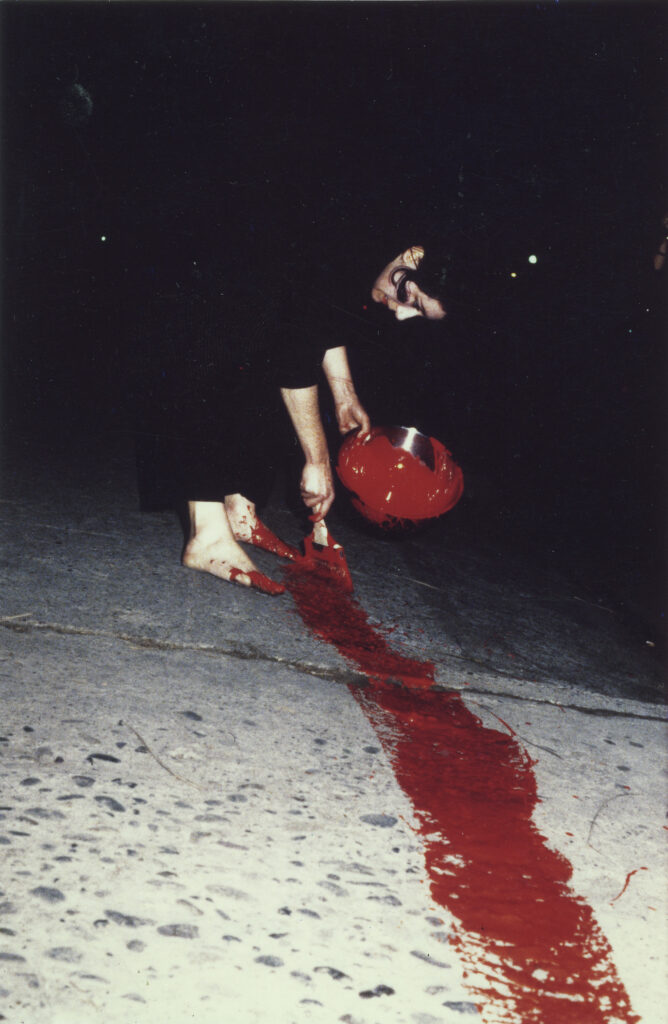